“The roots of a tree stretch deeper than you think…No matter how far away you are when you bloom, you are always tied to your roots.” 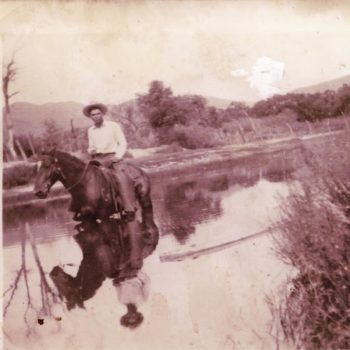 This quote from Lindsay Eagar’s book Hour of the Bees resonated with me throughout the story. This story resonated with me as a descendant of pioneer families in Tucson, Arizona. My great grandfather, Eduardo Carrillo, came to the Tucson area from Mexico in 1870 and acquired Rancho de la Cebadilla around the turn of the century.

It was sold in 1954, and my great uncle Rudy Carrillo worked on the ranch until his death in 1974. My dad loved to grill over mesquite, and I remember visiting Uncle Rudy to help my dad and brothers gather mesquite to take home. Uncle Rudy was always very careful about preserving the native trees, so he supervised closely. Within five years of my uncle’s death, the land was graded to create a subdivision. It was sad driving through the area realizing that it would never be the same lush desert again. 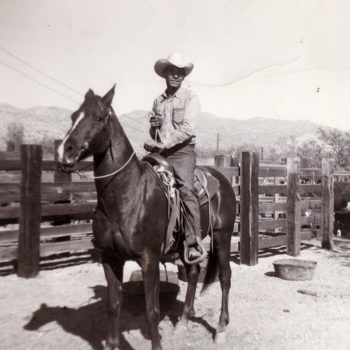 My grandma, Rudy’s sister, Adelina, told me a story back during the Tucson flood in October 1983. We received so much rain in a short amount of time that Tucson actually became an island. Many of the bridges that crossed normally dry washes and rivers were compromised by rushing water, and we couldn’t get anywhere that required crossing a bridge.

This sparked the memory that Grandma Adeline (her name got Americanized like Carolina’s in Hour of the Bees) shared with me. As a child, she and her 13 siblings spent the summer at the ranch. They packed up horses to travel 18 miles across Tucson, and if there was water in Pantano Wash they camped awhile until it was safe to cross. It was at this point that I realized the changes she saw in the Tucson landscape were much more transformative than the ones I experienced at that point.

Change is still happening in Tucson, and unfortunately a lot if it is tied to global climate change.

Over the last 11 summers, each has been a record-breaking hot summer. Climate Central ranked Tucson as the 3rd fastest warming city in the continental U.S. Tucson receives the majority of our water from the Colorado River, which has been in drought since 2000.

In May, Arizona entered into the Colorado River Drought Contingency Plan with the seven basin states and Mexico, whose 40 million people receive water from this one mighty river system. This agreement, six years in the making, shows that people can work together to fix wicked problems.

This brings me to the second quote of the book that I like to ponder:

“Things are only impossible if you stop to think about them.”

If we spend too much time thinking about what can’t be done, then we won’t make any progress on climate change. In our #TeachClimate conference call, I was introduced to the term “magical realism” as the literary genre for this book. It is where reality is infused with magic. Serge’s story to Carolina that always begins with “Once upon a time…” is a combination of reality and magic. 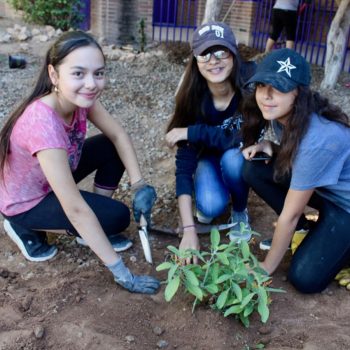 As educators, we need to infuse that magic by empowering our students to act on climate change. In our Recharge the Rain project in Tucson, teachers and students are designing, installing, and monitoring school rain gardens to soak in the rain and plant the shade. I imagine my Uncle Rudy smiling with each new mesquite tree planted and supported by rainfall at a school.  We are connecting a new generation of students to their land while providing shade to cool their playground.

As teachers and parents, we know that focusing on the science behind climate change without allowing students to act on this knowledge is overwhelming. There are many actions that can be taken in every community. Project Drawdown , covered in another book club meeting, is a great starting point.

Let’s start the narrative of our own community stories with, “Once upon a time….” and focus on what is possible.